Saving money for our client

(Harold is not our client’s real name) 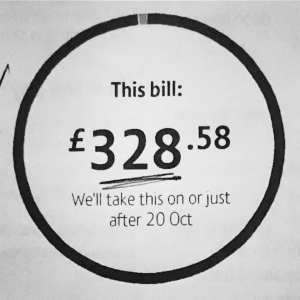 Another of our elderly clients in his 80’s also lives alone with no family to assist him. Harold suffers with depression and get anxious about change. We had been looking after Harold for a short time and upon getting his affairs initially in order we discovered that he was paying a well known landline and internet company £328 per quarter (£109 per month) for his landline and internet.  Upon further investigation, we discovered that he did not have use of any equipment that required the internet; he had no mobile phone, no laptop or computer equipment, or TV that required internet access. He had contacted the company before we started to assist him to try and sort this out himself but instead of cancelling his internet they upgraded him!

We hold a General Power of Attorney for Harold which gives us the power to speak to companies on his behalf and subsequently contacted the company. After explaining that our client was elderly and vulnerable and had no need for the internet, we obtained a refund for Harold for the last 6 months and we got him on a better plan for his landline, which included all his calls (as he was also being charged extra for these!) and he now pays £25 per month all inclusive.